No word from Tim Pawlenty, 2016 Gubernatorial (R-MN) Hopeful. Here’s what Minnesota’s representatives are saying about the separation of parents and children at the U.S. border and silence is complicity. 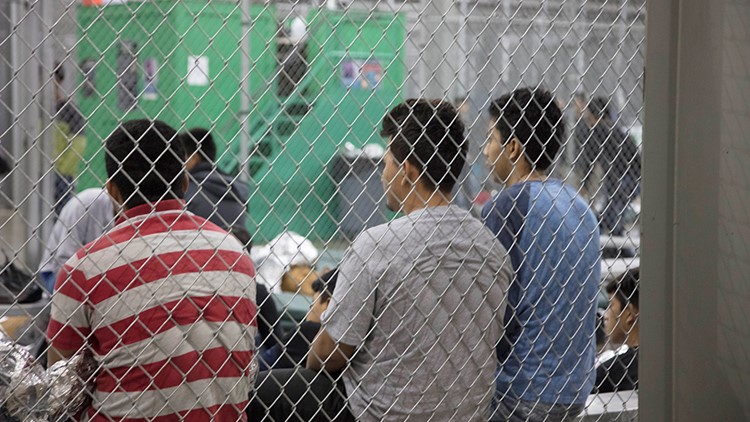 ST. PAUL, Minn. – KARE 11 reached out to Minnesota’s U.S. representatives and senators asking them to respond to the federal government’s immigration policy leading to the separation of children from their parents at the southern border.

Here are the responses we’ve received:

“What the Trump Administration is doing at the border is awful, and any attempt to defend unnecessarily ripping families apart goes against who we are as Americans. I’m supporting a bill to make sure kids aren’t separated from their parents at the border, and I’ve introduced my own piece of legislation to help families already in the United States. That bill is called the HELP Separated Children Act, and it would require officials to consider the best interests of children when they detain parents and allows moms and dads to make calls to arrange for the care of their children while they are detained. We need to protect all children.”

“This shouldn’t be happening – keeping parents away from their children is wrong. I’ve asked for answers from Secretary Nielsen and am sponsoring legislation which would prohibit the Department of Homeland Security from separating children from their parents. We can’t allow this to continue.”

“It’s heartbreaking to hear about the situation along our border and the stories of children being removed from their moms and dads. As the parent of four daughters, I cannot imagine the fear, trauma and confusion these children are going through after being separated from their parents.

The United States should not forcibly break up families. That is just not what America is about.

These families are seeking to come to the United States for a multitude of reasons, but fundamentally it is to build a better life than they left behind in their home countries. We have a responsibility to secure our borders and enforce our laws. But how we enforce those laws is a reflection of our values and who we are as a country.

Tearing families apart should not be our policy and the Departments of Justice and Homeland Security should reverse this decision.”

“On Father’s Day, I had the good fortune to be with my children, Hope and Gus. But I know that fathers and mothers sit in detention centers in our country separated from their children. They know their children are scared and alone, but they are unable to do what parents do: hold their children and tell them everything will be alright.

That’s why I have co-sponsored a resolution in Congress demanding the Trump Administration immediately end this cruel policy. Every Minnesota father—and mother—understands that families belong together. But given previous comments by Tim Pawlenty on immigration, I’m not sure he agrees. Tim Pawlenty must make his position clear. On an issue of this moral importance, Minnesotans deserve to know.”

“It’s important to protect our national borders, but the President’s shameful, terrible, and unnecessary policy of separating children from their parents when families enter the U.S. illegally isn’t about border protection. As Administration officials have freely admitted, the practice of throwing immigrant parents into the criminal justice system, and their children into federal foster care for days and sometimes weeks, is meant to intimidate and instill fear in people who are already fleeing from terrible violence and repression in their home countries.

It appears Congress may finally consider one or more immigration bills over the summer, and putting a stop to this policy of ripping families apart needs to be part of any measure we pass and send to the Senate.

In fact, the Administration’s policy brings to mind the shameful cultural genocide of the late 1800’s, when, in the name of ‘civilization,’ thousands of Indian children were taken from their parents and put into government boarding schools – forced to change their names, learn English, wear Western-style clothing and convert to Christianity. The devastating effects of what amounted to state-sponsored kidnapping are still being felt today in Indian Country, where rates of drug abuse, suicide and crime are often far higher than the norm.

The trauma that separation from parents can cause for children has led the American Academy of Pediatrics and the Child Welfare League of America, among others, to strongly urge the White House and the Department of Homeland Security to stop breaking up families.

‘Separation from family leaves children more vulnerable to exploitation and abuse, no matter what the care setting. In addition, traumatic separation from parents creates toxic stress in children and adolescents that can profoundly impact their development,’ they said.”

“Separating children from their parents is a cruel policy which is bad for families and children, and will in no way make our country safer. This practice needs to end immediately and Congress should move to consider reasonable policies to improve border security and reform our immigration system.”

“As a father of seven, Congressman Emmer does not want to see children separated from their parents. Unfortunately this is yet another negative result of our nation’s broken immigration system, which Congress is working to correct.”