Whistleblowers go to significant efforts to get us material, and often very significant risks. There’s a 27-year-old, works for the DNC, who was shot in the back, murdered just a few weeks ago for unknown reasons as he was walking down the street in Washington, DC. 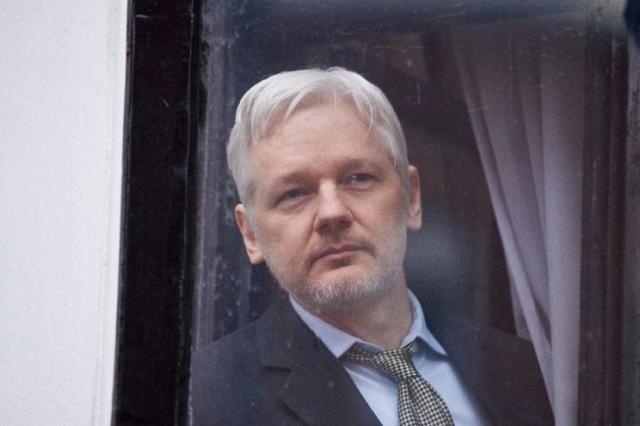 In an interview on Dutch television, the Australian cyberactivist suggested slain DNC staffer staffer, Seth Rich, 27, was a victim of political assassination this summer to illustrate the risks of being a source for his organization. WikiLeaks founder Julian Assange on Tuesday floated a theory that the Democratic National Committee staffer who was shot dead in the streets of Washington last month had been targeted because the operative was an informant.

Citing WikiLeaks protocol, Assange refused to confirm whether or not Rich was in fact a source for WikiLeaks, which has released thousands of internal DNC emails, some of them politically embarrassing. Experts and U.S. government officials reportedly believe that hackers linked to the Russian government infiltrated the DNC and gave the email trove to WikiLeaks.

But Assange was apparently interested in hinting about an even darker theory.

“Whistleblowers go to significant efforts to get us material, and often very significant risks. There’s a 27-year-old, works for the DNC, who was shot in the back, murdered just a few weeks ago for unknown reasons as he was walking down the street in Washington,” Assange said on Nieuwsuur. BuzzFeed drew more attention to the interview in the U.S.

“No, there’s no finding,” Assange responded. “I’m suggesting that our sources take risks, and they become concerned to see things occurring like that.”

“Why make the suggestion about a young guy being shot in the streets of Washington?” van Rosenthal asked.

“Because we have to understand how high the stakes are in the United States,” Assange said, “and that our sources face serious risks. That’s why they come to us, so we can protect their anonymity.”

The Metropolitan Police Department in Washington has not established a motive for the killing but reportedly told the young man’s family that he likely died during a robbery attempt turned tragic. His father, however, told Omaha CBS-affiliate KMTV he did not think it was a robbery because nothing was stolen: his watch, money, credit cards and phone were still with him.

The WikiLeaks founder said that others have suggested that Rich was killed for political reasons and that his organization is investigating the incident.

“I think it is a concerning situation. There isn’t a conclusion yet. We wouldn’t be able to state a conclusion, but we are concerned about it,” he continued. “More importantly, a variety of WikiLeaks sources are concerned when that kind of thing happens.”

WikiLeaks further fanned the flames of conspiracy by offering a $20,000 reward for anyone with information leading to the conviction of the person responsible for killing Rich.

Rich, who worked in voter outreach for the DNC, was shot and killed just after 4 a.m. on July 10 a block from his home in the Bloomingdale neighborhood of Washington.

Late last month, WikiLeaks published nearly 20,000 emails from DNC employees that exacerbated the tension between Bernie Sanders supporters and the Democratic establishment during the party’s national convention in Philadelphia. The emails led to the resignation of several DNC leaders, including Chair Debbie Wasserman Schultz.

Snopes has debunked that claim that Rich was killed to prevent him from meeting with the FBI to discuss his plans to testifying against Democratic presidential candidate Hillary Clinton.

The Metropolitan Police Department currently offers a reward of up to $25,000 for anyone who can provide information that leads to the conviction of someone for any murder in Washington.

Brad Bauman, a spokesperson for the Rich family, released a statement to Business Insider Wednesday saying that people trying to “politicize” the death of their loved one are doing more harm than good and preventing police officers from fully doing their jobs.

“That said, some are attempting to politicize this horrible tragedy, and in their attempts to do so, are actually causing more harm [than] good and impeding on the ability for law enforcement to properly do their job. For the sake of finding Seth’s killer, and for the sake of giving the family the space they need at this terrible time, they are asking for the public to refrain from pushing unproven and harmful theories about Seth’s murder.”